Home » What Is Power Yoga & Is It A Good Workout?

Disclosure: This site contains affiliate links to products. We may receive a commission for purchases made through these links. One of the biggest trends you may have been aware of recently is Power Yoga, otherwise known as ‘vinyasa yoga’, which has become one of the most popular types of yoga.

Traditional yoga is typically considered to be a very relaxed workout regime to help improve focus and posture, so if you’re unfamiliar with this new term, you may be asking yourself what is power yoga?

In comparison to the traditional style, power yoga is a much more energetic fitness method that gets the heart pumping. By sticking to a power yoga plan, you’re guaranteed to see improvements in your stamina, muscles, flexibility and strength to name just a few.  In this article, we’re going to give you advice on power yoga for beginners and power yoga benefits.

What is power yoga and where does it come from?

Unlike traditional yoga which has been around for centuries, power yoga hasn’t been around for all that long. It was introduced back in the 1980s by Beryl Bender Birth and Bryan West.

Beryl taught Ashtanga Yoga in New York during this decade, before writing a book on power yoga, which she believed would best benefit athletes as a way of relaxing their body through specific postures. Initially the new regime was coined ‘yoga for athletes’ before developing into the widespread phrase we know today – ‘power yoga’.

Beryl stated that there was one simple term that could describe power yoga – it was simply a ‘workout’. The practice involves carrying out the exact same move in various sequences, so the entire body gets full attention. According to Beryl herself, this new style of yoga “is directed at creating the highest level of energy vitality and freedom”.


What do you need to know about power yoga?

If you’re a beginner and are asking yourself – ‘what is power yoga and am I able to do it?’, then you need to be aware that it is an extremely fast-paced form of exercise.

If you’re someone who enjoys working out a slower pace, then this style of exercise may not be for you. When holding the poses, you’ll quickly move onto the next pose after just a couple of breaths. Power yoga is sure to make you work up a sweat. So, if you don’t fancy getting too active, then you may prefer to stick to traditional yoga.

If you have the ambition of building on your strength, then power yoga would be up your street. While traditional yoga is intended to boost flexibility and improve meditation, power yoga involves holding your body weight through different poses to build on your core strength. It’s safe to say that after just a few sessions of power yoga, you’ll start to feel the burn!

Traditional yoga often leaves people in a relaxed state, but power yoga does completely the opposite and will give you a burst of energy even after working out. Therefore, it would be best to do morning sessions of power yoga so you don’t go to bed wide awake and unable to sleep.

How can you set up a productive exercise program?

As with any fitness regime, it will take a great deal of motivation and dedication on your part to stick to power yoga, so there are a number of factors you may wish to take into consideration to make your power yoga plan as successful as possible.

1. Choose the right time of day

As previously mentioned, the time of day you choose to do power yoga is important. As it’s an energetic routine, you may wish to find time in the morning – perhaps before work to do a quick session to keep you energized throughout the day. Then, to calm down in the evenings, finish off your day with a meditation session so to put you into a calming state for sleep.

You may wish to see results almost immediately after a few sessions of power yoga, but unfortunately, it’s going to take a lot of hard work and practice. You’ll experience the health benefits of this practice slowly, so don’t expect to see results right away. Providing you stick to a common routine and push yourself hard, it won’t be long until the benefits start to show.

3. Find out what you want to get out of power yoga

People who start training in power yoga are most likely doing so for a particular reason. Decide what you’re looking to achieve and set gradual goals for yourself. Are you looking to enjoy aerobic exercise as part of a social group, gain strength, or perhaps even to increase your flexibility? Finding out what your main goal is will help you ask yourself the question: ‘what is power yoga and is it actually for me?

Do you train at a class or at home?

Some people may find it easier to join a power yoga class as opposed to working out at home, as they’re being given the correct advice by a trained individual. Having the guidance of a professional teacher means you’re also far less likely to suffer injury. Some people find it hard to stick to a fitness regime if they don’t feel pressured to attend classes, so if you’re someone who loses motivation easily, a power yoga class may be the best option for you.

You could however, train at home with the guidance of power yoga DVD or book. If you don’t want to work out alone and find it easier to exercise with someone, you could always ask a friend to start the new fitness regime with you.

The health benefits of power yoga

Now we have covered the fundamental question, ‘what is power yoga?’ what are the health benefits you can experience from it?

If you continue to keep up a regular power yoga fitness plan, your immune system is likely to function much better. This is due to the fact that it rouses the lymphatic system to eliminate harmful toxins from the body so you’re less likely to contract illness or disease. Everyone needs a good night’s sleep in order to get through their day without feeling sluggish. As the power yoga workout is so intense, you’ll definitely have tired yourself out enough to sleep well. If you suffer with insomnia or only tend to get a few hours of sleep each night, you’re bound to notice a positive difference in your sleep patterns after a session of power yoga.

When you get stressed, your hormone regulation can be negatively impacted. Due to this, some women suffer from late periods or no periods at all on certain months. By keeping up a regular power yoga regime, you may notice the issue slowly resolves itself and your menstrual cycle becomes more regular again.

Power yoga will help you to breathe properly through the rhythms of your movements. When breathing alongside your poses, you’ll get into a much better flow. You’ll be holding your breath deeply during the poses for short periods of time which causes your stomach and chest to rise as you inhale and exhale as you get rid of tension.

If you suffer with a breathing condition such as asthma, carrying out power yoga can often help combat the symptoms. You are probably used to taking short, shallow breaths which does nothing for your lung capacity, however as power yoga focuses on long and deep breaths, you’re likely to see improvements.

IBS (Irritable bowel syndrome) can be a debilitating illness that prevents you from getting on with your everyday life. However, when the body is moved in certain ways, it manipulates your internal organs to relax. As a result, you’re unlikely to get those regular dreaded cramps in the stomach that can make you feel anxious and unable to carry out your daily tasks. Providing you stick to a regular power yoga schedule, you may notice that you’re starting to shed the pounds fairly quickly, Power yoga for weight loss is one of the real benefits of the exercise regime as it has been proven to be successful, unlike other methods that often don’t make any real difference. As power yoga is fast-paced, it burns calories rapidly and helps you lose weight, providing you carry out the exercise regime alongside a healthy diet.

SEE ALSO: What are the Best Types of Yoga for Weight Loss?

If you’re someone who has high blood pressure or experiences frequent blood clotting, then power yoga is an ideal method to help improve the circulation of your blood to prevent health issues arising. Getting your heart pumping means blood reaches your organs properly so you’ll have better overall health.

Have you tried power yoga before?

Share in the comments if we have answered your question on ‘what is power yoga?’ and if we have inspired you to try it out! 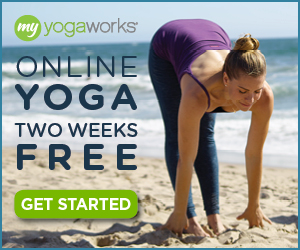 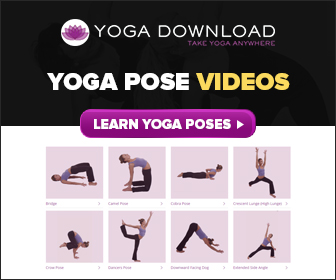 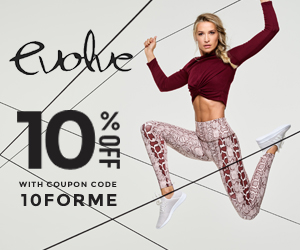 Yoga Daily Tips is your online resource for how to practice yoga poses, yoga health benefits, and meditation yoga tips for living a healthy and strong life. Namaste.

Get free yoga tips delivered right to your inbox!